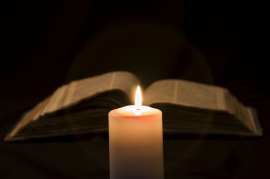 Rowan International Church has its roots in the spiritual quickening of the early 1990s when Liberians from various denominational backgrounds ignored their traditional religious boundaries and joined prayer band where they could hear from God and feel his POWER. Pastor Samuel Wlue, then a resident of Salisbury, felt God’s Call to formerly organize this group of worshippers into one that would long continue to challenge religious indifference and the aged old tendency of Christians to substitute vital and experiential relationship with Jesus Christ for religious tradition. The goal was to unite the body of Christ as Christ has intended (John 7:21) under the banner of the truth of God’s Words.  All Christians are born of the same father (John 1:13), bought with the same price (1Corthinas 6:20), are all members of the same body (1 Corinthians 1:18) and are all thought by the same spirit (John 16:13), serve the same Master (Matthew 23:8), are heirs of the same inheritance (Romans 8:17) and are subject to one great commission (Mathew 28:19-20).

The result of this Holy Spirit led effort was the Rowan International Fellowship which gave birth to the Rowan International Church Incorporated. The Lord confirmed that conviction when it was no long before he led a sizable number of Liberians and other nationalities to join the Ministry. It had to be the Lord’s doing because the church had nothing to offer other than the truth. Consequently, we are confident that the path God has chosen for this Ministry is in harmony with the desire of Jesus Christ for the unity of his body as expressed in his prayers in (St John 17 “That they might all be one”). The congregation began worshipping in the Knox Middle School.  In 1992, Pastor Wlue, through his association with the First Baptist Church of Salisbury, secured their Youth Center located on West Liberty Street where we worshipped until 2000.  Pastor Wlue in furtherance of his scholastic career took sabbatical leave of absence and was replaced by Pastor Meally Freeman in 1998.

During Pastor Freeman’s administration, membership increased and substantial amount of money was raised that facilitated the construction of the current edifice.  Rev. Freeman broadened the vision of the church by lunching the following ministries: Men's Ministry, Women's Ministry, Praise & Worship, Deacon Board, Trustee Board, Choir, Usher Board, and Youth Ministry.  The Deacon board was organized and then ordained on April 30th, 2000.  Among those ordained were, The Late Deacon Moses Yarsiah, The Late Deaconess Mary Steele Snetter, The Late Deacon David Blamo Woods whom we are honoring posthumously today, and Deaconess Nancy Cooper Holmes.  Bylaws and Constitution were developed in 2001. The original trustee board members included George Edwards, James Paul, Roland Morris, Rogelio McLain and Salimatu Kemokai Reeves.  The fellowship continued to worship in the First Baptist Church Youth center until 2001, when it was challenged by the First Baptist church to find another place to worship.  Pressed with this demand, Bro. Francis N. Nyae was commissioned to search for a new place to conduct services.  With God’s favor and Bro. Nyae’ s instrumentality and influence, he negotiated with the Principal of Salisbury High School, Dr. Eagle, to use the music center.  In pursuit of higher education, Rev. Meally Freeman turned over the ranks to Pastor Jacob K. Doe in 2001, after leading the ministry for three years (1998-2001).

When Pastor Jacob Doe took over in 2001, the vision to construct the church edifice became even clearer.  The Board of Trustee was then commissioned to build an edifice.  The Church made a fifty thousand dollars ($55,000.00) down-payment to Litco to begin the construction.  Grounds for the new edifice were broken on March 29th 2003.  The building was completed in March of 2005 and Deaconess Saya Sio, through a friend, Regina Moss, secured a $100,000.00 loan at Mechanics and Farmers Bank. The Church moved to its new edifice on April 10, 2005.  The church was formally incorporated on February 2, 2006 and received its 501(c) 3 status from the IRS on May 20, 2006.

Pastor Jacob Doe resigned in August of 2011 and the Church Selected Pastor Samar Ghandour to serve as head pastor.  Under Pastor Ghandour’s administration, the church has experienced growth in various ministries including outreach & camp missions.  The church purchased the adjacent building on April 10, 2014 for $20,600 cash.